Sign up to our news, latest thinking, success stories and product updates

The knowledge you need to
make ideas your currency

Why is Mother Nature the greatest innovator of them all?

The greatest minds and inventors of our time are often cited as inspiration for innovation and transformation. Elon Musk, Steve Jobs, Marie Curie – all brilliant people with extraordinary vision and determination. But we’re forgetting about the best of them all: Mother Nature.

Our planet has existed for around 4.5 billion years, and for 3.8 billion of those years, organic life has formed, proliferated and evolved. For nearly 4 billion years, Mother Nature has had to deliver the most ambitious programme of innovation and transformation we could possibly witness. “The practise of applying lessons from nature” is known as biomimicry.

Sound silly? Let’s break it down.

It begins with an initial, minimum viable product. Simple, single-celled organisms forged in the primordial soup harboured by our planet. Natural forces contend with a vast number of variables, and like the fabled Goldilocks, this mixture provided the conditions that were just right…

From there, natural life faced an innumerable set of challenges. Life across the world adapted and changed over time, reacting to the varying constraints that each environment brings about. Different weather conditions, levels of sunlight, ambient temperature ranges, available oxygen and carbon, nearby predators and prey… This wonderful spectrum of conditions had produced some incredibly unique lifeforms that respond to their own challenges in incredibly interesting ways.

Modern business challenges aren’t all that different. Every day, we strive to increase productivity, reduce waste, improve communication, provide safety – ultimately, to survive amongst fierce competition. Thus, we can look to Mother Nature, an inventor that has spent an incomprehensible amount of time innovating, to solve modern problems. Many are already doing so; if you’ve ever looked in awe at Gaudi’s Sagrada Familia in Barcelona, marvelled at the High Speed Shinkansen bullet train in Japan, or contemplated Heatherwick’s Rolling Bridge in London, you’re seeing real, working examples of biomimicry in action.

The Biomimicry Institute is one such organization that is driving awareness and education on how we can learn from the expansive period of adaptation, reaction, scaling and evolution – so we can learn from the natural world in order to exist within this spectacular global ecosystem harmoniously.

Here’s a quick look at a few examples of how Mother Nature has developed slick solutions that we can take inspiration from. 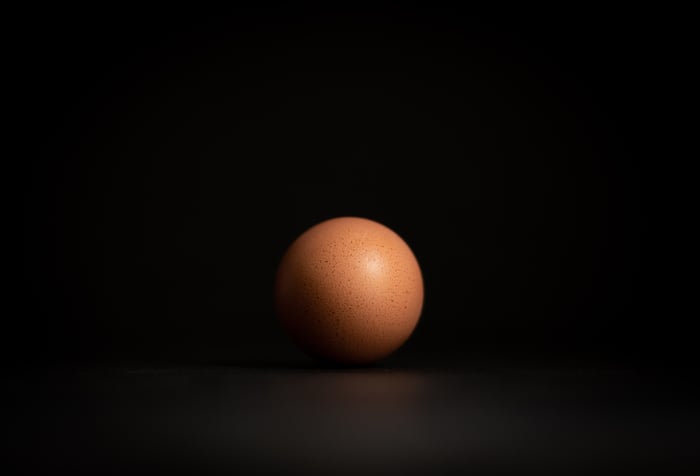 The simple, yet elegant egg. Partially gestated by hens, eggs are formed with the least amount of material possible (more material = more energy from mother hen!). The curvature of different species’ eggs varies, a direct function of both the animal sitting atop it, and developing within it. Eggshells are built to allow for the mother to safely sit on them during fertilisation (compression), but also allow the newborn chick to break the egg from the inside (tension). 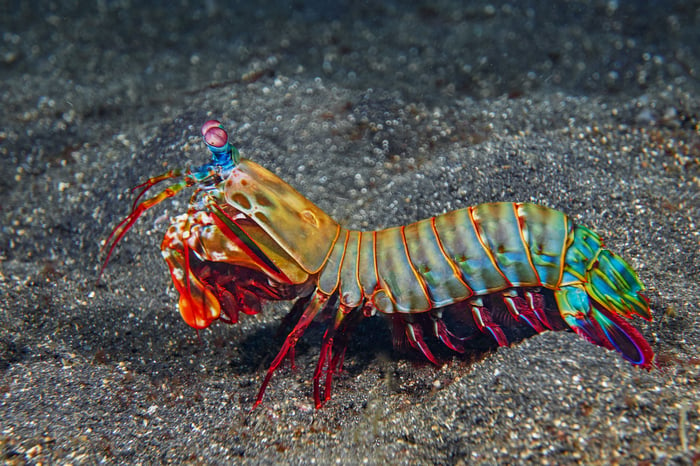 This heavyweight crustacean weighs in at a mere 10cm in length, yet packs a mean punch. Grunenfelder et al. (2014) carried out extensive testing on the club of this creature; “the crustacean’s club has been designed to withstand the thousands of high-velocity blows that it delivers to its prey”. Not only is it the ability of this club to withstand high velocity blows that makes this interesting, but also it’s ability to endure such blows throughout the entire lifespan of the creature.

To put that into perspective, it requires around 725000 pounds per square inch (and some really high temperatures) to form diamonds. Heavy-duty pressure washers have a psi of around 3000.

And the most impressive thing? This is a tool that the mantis cannot maintain, repair or replace. It’s with it for life, so it is durable for an extended period of time.

When humans design structures to cut through fluid mediums (or plane wings or F1 car spoilers through air), we typically picture these with clean, immaculate lines that are incredibly smooth. The front edges of the humpback whale's flippers are, however, not smooth, as one might expect from an 80,000-pound beast moving through a thick medium like water.

These flippers have small bumps along the leading edges, which when tested have been shown to reduce drag by around 30%, and increase lift by around 8%. This approach is so effective, that the commercial world is now employing this concept in the production of fans and turbines.

WhalePower are one such organization, building blades for wind turbines and fabs to mimic whale flippers, in order to improve the efficiency of operations – and in doing so, allowing the users of their products to reduce costs and enhance safety.

Read more advice from our team

Enter your email address to subscribe. Keep up to date and receive news and ideas economy blog content by email. 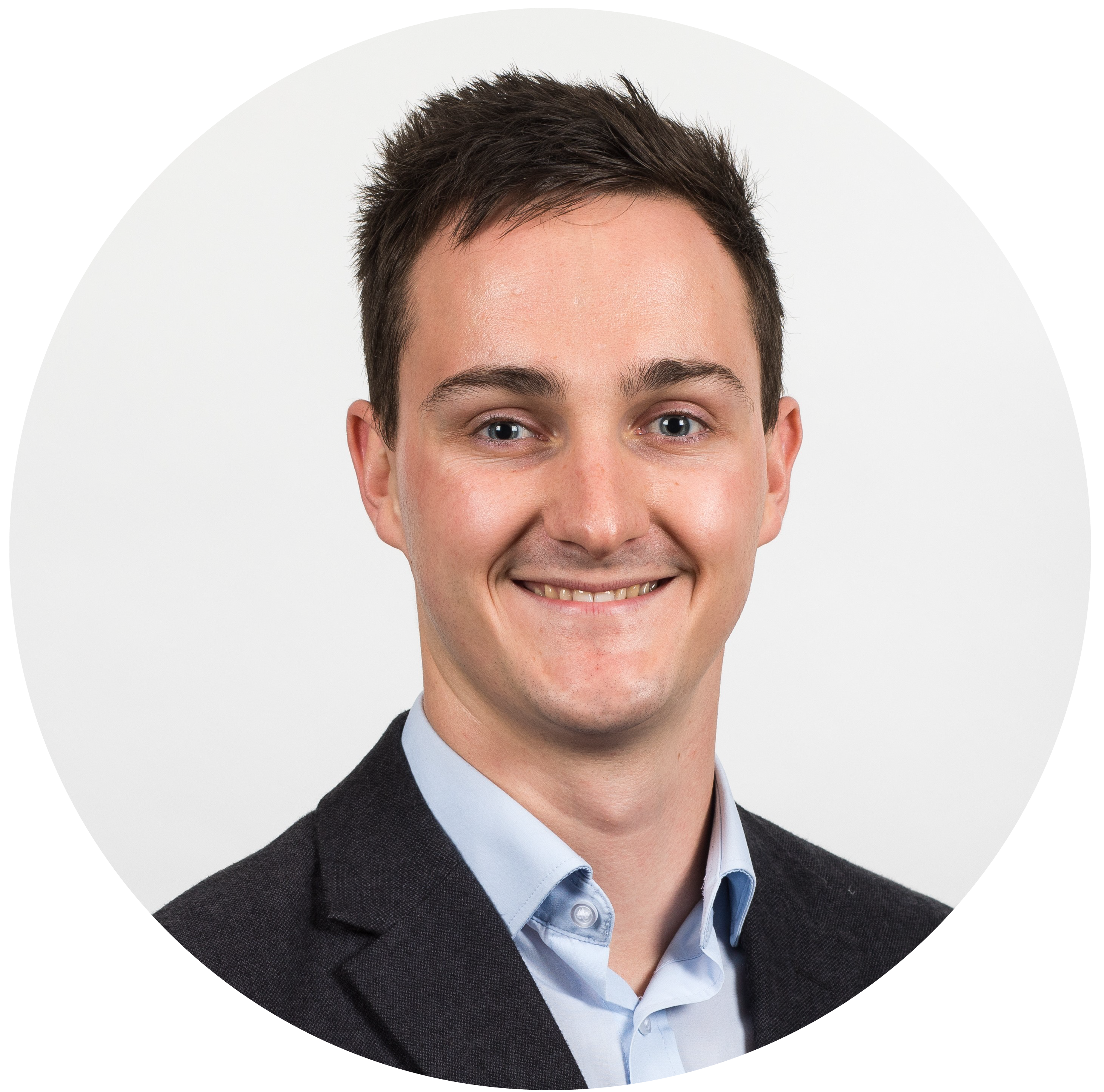 Jack is the Head of Operations and Delivery at edison365. He is Fellow of the Institute of Innovation and Knowledge Exchange and has comprehensive experience driving strategic innovation and portfolio management throughout international organizations. With a passion for change and continuous improvement, Jack’s focus is on leveraging global experience and keen insight to ensure customer success; unlocking the full power of the edison365 suite for maximum impact.